Polar Walk 2015 was another fun event for schools in Moscow, Idaho. Unlike last year’s freeze, this year proved balmy and warm for February in Moscow, Idaho. 9 schools participated including Moscow High School for their first time ever! Totals for the event include: 1156 elementary and middle school students, 66 U of I volunteers, 32 stuffed polar bears hidden, 9 real polar bears were symbolically adopted from Polar Bears International! All the total numbers for each school are at the bottom of this post. 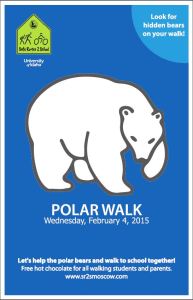 Overall, we did some things the same as years past, and some things differently this year. Here’s the overview… Same: 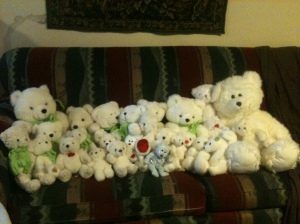 Here are the final numbers for the event.

And here are some fun pictures:   Participants were counted if they walked, biked or bused (AND did some sort of physical activity before the bell) 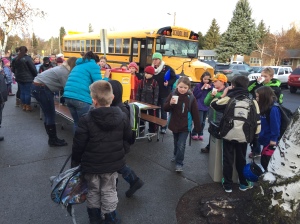 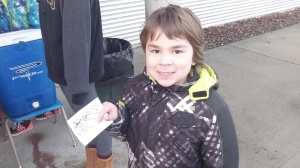 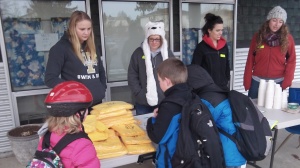 THANK YOU to all who participated, especially each Parent Leader who made Polar Walk a success at each school!